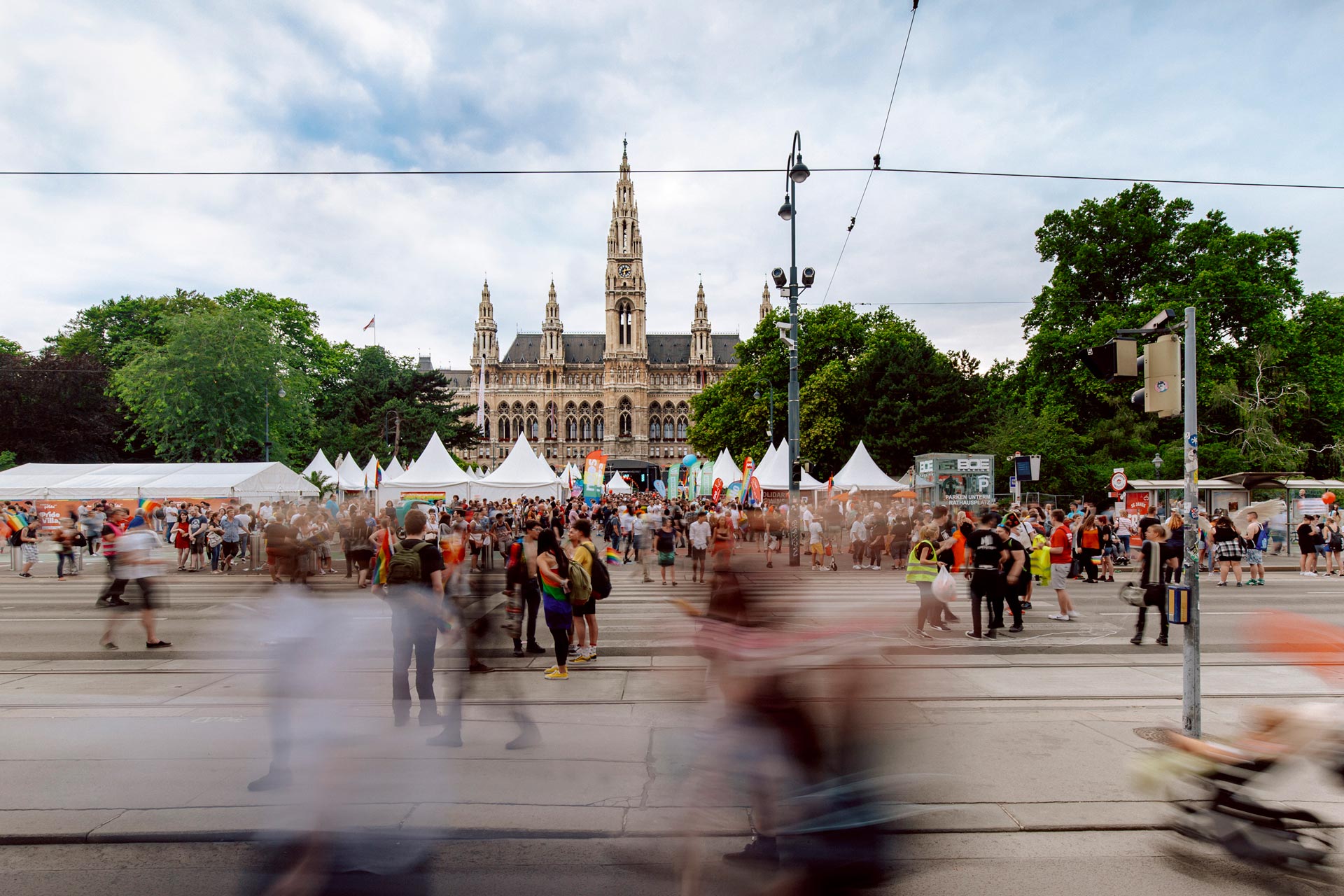 Friedrich von Schmidt, who had been the architect of the Cathedral of Cologne, designed and built Vienna’s City Hall, the most important secular building in the neo-Gothic style in the city, between 1872 and 1883.

The height of the tower is 97.9 m, plus the so-called “Iron Rathausmann”, who measures 3.4 m (6 m including the standard) and has become a symbol of Vienna. Shoe size: 63. Vienna City Hall is the official seat of the Mayor and the meeting place of the city senate/provincial government and the Municipal Council/Landtag.

Numerous events are held inside and in front of City Hall.