Over the Rainbow. Compositions for Human Rights 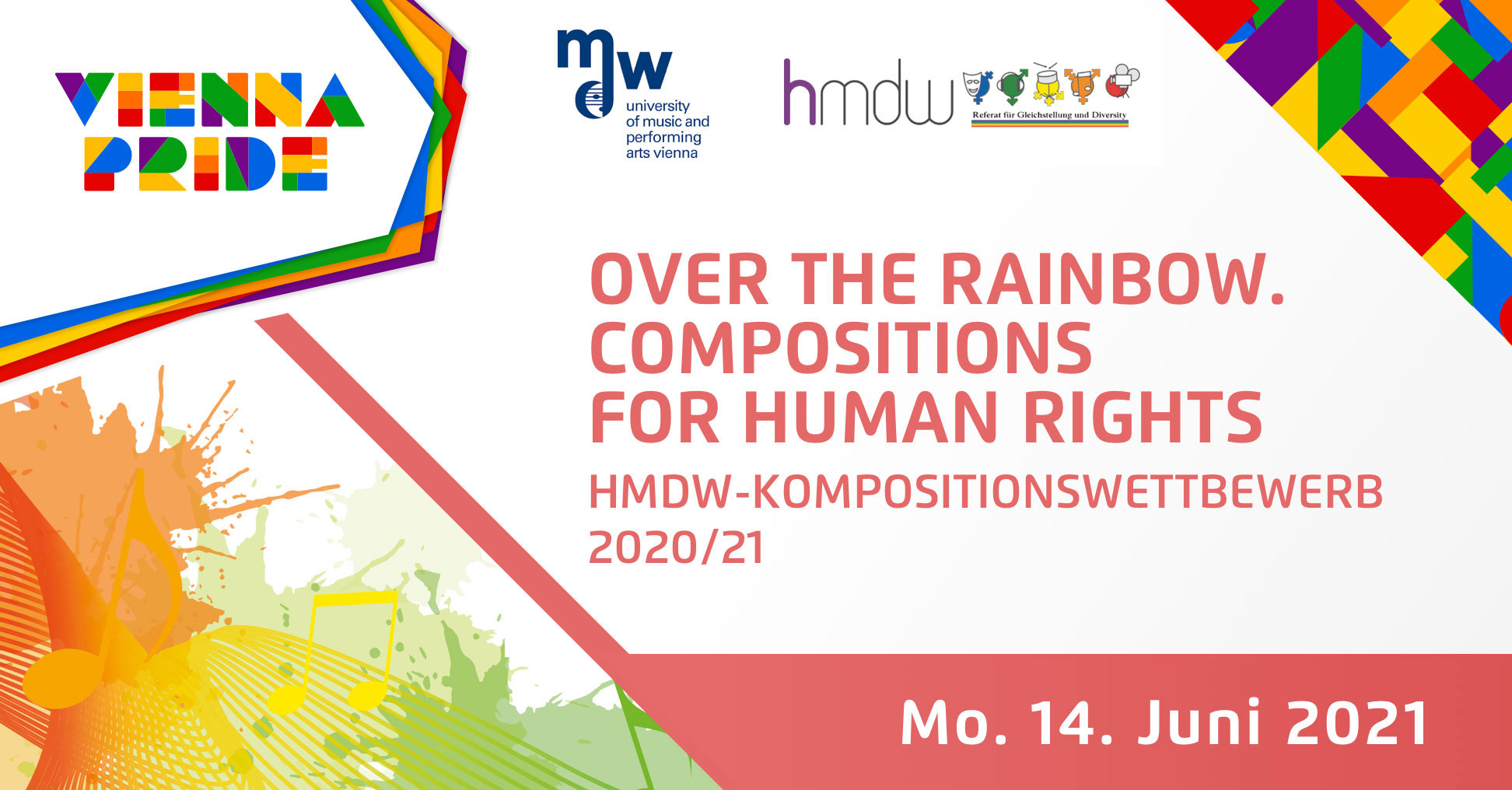 Over the Rainbow. Compositions for Human Rights

For the first time, the Department for Equality and Diversity of the hmdw – Students’ Union of the mdw – University of Music and Performing Arts Vienna has held a composition competition.
The name of the competition refers to the discriminatory events in Poland in 2019/20, in connection with the proclamation of so-called “LGBT-free zones”.
The aim of the competition “Over the Rainbow” was to motivate artists to face the subject of human rights violations, stigmatisation and social exclusion of the LGBTQ+ community.

Four compositions have been awarded by the Jury, and will be performed by the ensemble N for the first time.

The names of the winners will be announced during the concert.

The concert will be recorded on 6 June 2021 in the new concert hall, Future Art Lab/mdw, and broadcast via YouTube on 14 June.